What’s the Difference Between ADD vs ADHD?

For years, many people considered ADD and ADHD distinct but similar disabilities. However, mental health professionals now recognize that these two disabilities are two of the three subtypes of ADHD:

These days, ADD is not an accurate diagnosis. Instead, people who many would consider having ADD instead have the Primarily Inattentive subtype of ADHD. These patients do not exhibit the hyperactivity that many people associate with ADD.

Patients with Primarily Hyperactivity-Impulsivity ADHD are the people who doctors used to diagnose with ADHD. Of course, people who show symptoms of both types of attention disorders may have combination ADHD.

ADHD is a mental health disorder that affects 11 percent of school-aged children in the United States and 4.4 percent of American adults. This disorder causes several problems with concentration, memory, and other cognitive functions.

Although many people consider ADHD to strictly be a childhood disease, it affects adults as well. Some children with ADHD need treatment well into adulthood. Other people never get a diagnosis until their adult years, even if the symptoms present earlier.

Diagnosis of ADHD has skyrocketed in recent years. Although some people worry that an environmental factor is to blame, researchers generally believe that it’s the increased awareness that has allowed people with the disorder to get help.

It’s important for parents to remember that children with ADHD have the disorder with or without the diagnosis. However, help from a professional can help children cope and adjust.

ADHD symptoms can vary widely depending on the age of the person, the type of ADHD, and other factors. However, the following symptoms of ADHD provide some general guidelines.

Patients with Combination ADHD exhibit symptoms from both of these lists. Like with other mental health disorders, the symptoms must be severe enough to impact the person’s daily life. So, a child who is occasionally hyperactive would not qualify.

In total, children must show six of the DSM-5’s symptoms, while adults show five signs. Furthermore, the symptoms must remain present for at least six months. It’s important for parents to remember that these signs often look different in children.

Although children with ADHD may feel similar to their adult counterparts, the diagnosis can be trickier. Parents, teachers, and caretakers can look for certain signs to determine if a child need professional evaluation.

Is There an Attention Deficit Hyperactivity Disorder Test?

Although several online tests exist to help people determine if they have ADHD, only a qualified mental health professional can adequately give someone an ADHD diagnosis. For children, a counselor may have the guardian fill out a survey designed to discover what types of behaviors the child exhibits. They may also talk to the child, have the patient complete tasks, and chat with the guardian alone.

For adults, the ADHD diagnosis process is a little more straightforward. The professional may have the patient fill out a questionnaire or talk to the patient extensively. The two may discuss triggers, troublesome behaviors, and thoughts.

At this time, there is no permanent cure for ADHD. However, certain ADHD treatments can help ease the symptoms. Professionals may recommend medication, lifestyle changes, therapy, or a combination of any of these treatment options.

Although it may seem counterintuitive, stimulant drugs remain the most popular type of ADHD medication. The stimulants work quickly and help 70 to 80 percent of children reduce their symptoms.

Since 2003, professionals have used certain nonstimulant medications to treat patients with ADHD. While these drugs do not take immediate effect that way that stimulants do, they can last longer. Patients who do not respond well to stimulants often have better results with these medicines.

Many parents are understandably nervous to jump to medication when their children get diagnosed with ADHD. These families can try therapy and lifestyle changes.

With both children and adults, therapists help encourage positive behaviors and avoid disruptive ones. They may identify triggers, find ways to avoid these situations, and find tricks for dealing with negative feelings.

When children have ADHD, professionals may also include training for parents. In these sessions, parents learn to facilitate behavioral therapy and how to respond to difficult behaviors. 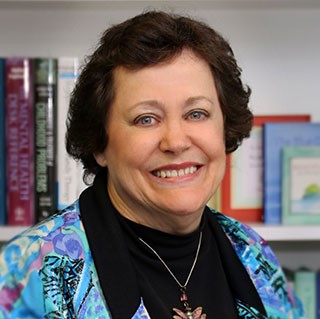